YOU are irresponsible” “Onky if you had a phone” “I have been trying to reach you, but its hard since you don’t have a phone” “Get you phone back, send it out or we will quit being friends” “Why are you so inconsiderate? as a friend you should have a phone so you can know when my life is falling into pieces” “I looked like a bag of crap, on my date simply because you refuse to send your phone to be fixed” “Do you even live in the 21st century?” “I really hate you not having a phone…Who am i kidding, when you had it, you never used it anyway” “What if i make the biggest fashion mistake of my life and your not there to fix it, simply cause you don’t have a phone” “What is someone is in trouble and needed to get a hold of you?” “I was freaking out, i tried to call you and i remembered you refused to fix your phone,. You know your really selfish” “So i sent you a message about going out to dinner and i remembered you don’t have your phone to receive it” “Get your phone back, i know you don’t use it anyway, but at least i can hope there might be a reply from you” “I can get a hold of the queen of England on the phone before i get a hold of you”

Yes that and more are the bevy of complaints, accusations, threats and much more i have been getting from friends and family. And those are the nicest ones. Wait till i get the courage write about the mean ones. For some reason everyone is obsessed with me having a phone, or using my phone (Okay i know the reason… lol). But i tell myself that before cell phones, people were very well able to communicate. True they make things and communication easier, But can i simply live by admitting that the centuries before the 21st seems appealing (just solely on the no phone expectations). I mean, without having to say it you already know i am AWFUL with phones and any sort of communication that does NOT involve verbal face to face.

Yes i am that old school girl, who is even more archaic than your great grandmother where phones are concerned. I find it fortunate although many find it sad, that i am so excited about having a phone when it involves playing games on it. (That is the sole purpose of my phone) 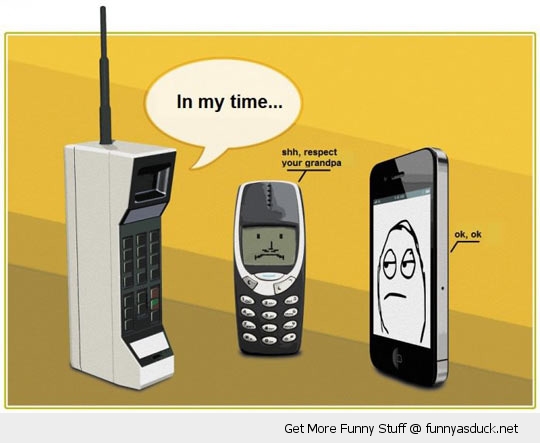 So again i went 2 weeks without a phone, considering i have gone through 4 phones in this year and the year is not even over yet…  I am currently in-between phones, finally saying good bye to my blackberries…. So i just decided to get a crappy trac phone that has a game called “chicken on it”.  Until the one i ordered gets to me.

Yes, if my mother was to text me and i asked who she was, I think the world would have much more to worry at the moment that North Korea (Am not undermining this by any means)…But am just saying that to my personal life, My mother’s hell raising has ABSOLUTELY NO MATCH…